A random collection of my photographs taking in 2010 that don't fit into an 'album'.
Read More 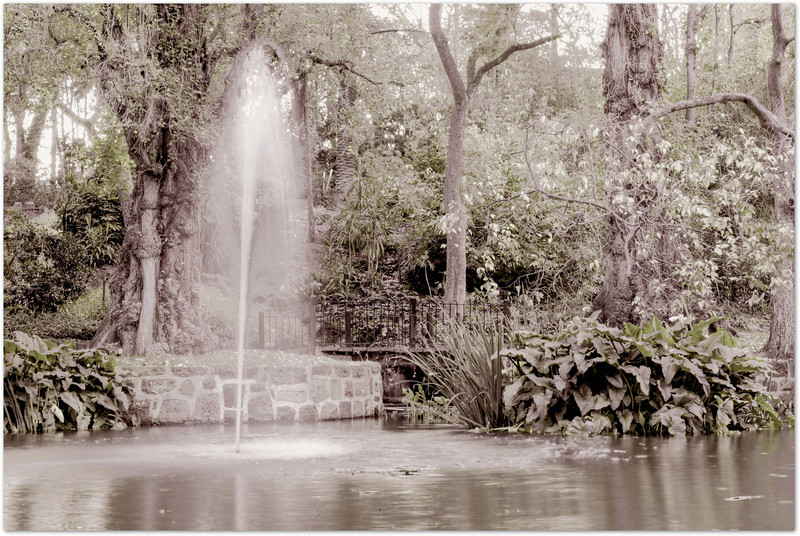 I took this photo in the Fitzroy Gardens in late April 2010. I did a couple of things to come up with the look. First, it's a high dynamic range photograph, created by merging a dark and a light exposure of the same scene using Photomatix. The first photo was half a second on f22, the other was 6 seconds on F22 (to let the water blur). Then, Bibble 5 Pro's Black and White Plugin was used to turn it into a duotone photograph with green and brownish colours. Finally the gamma was altered and the brown strengthened/changed in hue slightly using Pixmantec. A small shadow was placed around the image with Picturesque. (There were probably a couple of other tweakings along the way: I tried a lot of settings and I also had the image in Adobe Photoshop Elements for a while.)